I Don't Get It

I Don’t Get It is an award-winning podcast about dance - mostly contemporary dance - from the eyes of one guy who knows nothing about it and one girl who knows too much (or at least that what we’ll let her think). I Don’t Get It is recorded in a blanket fort on Alberta Avenue in Edmonton, AB, Canada, with hosts Paul Blinov and Fawnda Mithrush. Produced and edited by Andrew Paul. Theme music by Ghibli. 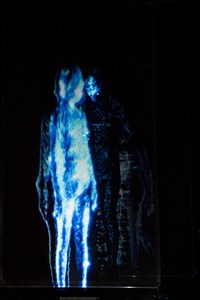 Guests abound this episode, as Brian Webb Dance Company kicks off its 41st season with the frenetic and stunning visuals of Ralph Escamillan’s Hinkypunk. Then, we receive a very special drop-in review of Studio Theatre’s Richard III with mom ‘n’ daughter team Karen and Eli...
Published at I Don't Get It
S6E3: Express thru India via YEG
Posted 10/6/2019 12:13 PM 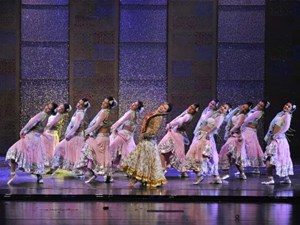 Guest reviewer Soni Dasmohapatra joins Fawnda for a rollicking review of Alberta Ballet’s presentation of Taj Express, a straight-from-Mumbai Bollywood ballet/musical sorta show. Also: We get the crash course in Indian dance styles that we’ve always wanted. Thanks Soni! I Don’t G...
Published at I Don't Get It
S6E2: Layers of onions and clowns
Posted 9/29/2019 3:11 PM 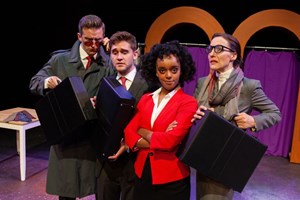 Paul’s had a busy week! In addition to some reflections on being part of Play the Fool’s cabaret spectacular, he also caught Teatro’s season closer, Vidalia. Did you know that onions have layers? Enjoy! I Don’t Get It is a proud member of the Alberta Podcast Network, p...
Published at I Don't Get It
S6E1: Measuring the Year
Posted 9/7/2019 3:10 PM 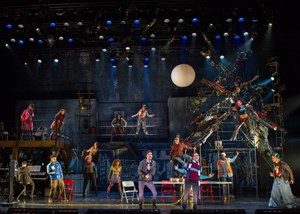 Fawnda and Paul kick off our sixth season with a review of Broadway Across Canada’s production of Rent and look ahead to what’s coming up in Edmonton’s 2019/20 performance season. I Don’t Get It is a proud member of the Alberta Podcast Network, powered by ATB.
Published at I Don't Get It
S5E36: The Reviewers’ Revue
Posted 8/24/2019 2:46 PM
It’s closing weekend of Where the Wild things Fringe, and Fawnda is joined by a panel of writers from Beer Tent Reviews to discuss highlights, lowlights, and happenings at this year’s festival grounds. Their discussion includes: holdovers, Sterling Award bets, star-rating bell curves,...
Published at I Don't Get It
S5E35: Let the Fringe Fuss Begin
Posted 8/11/2019 12:54 PM 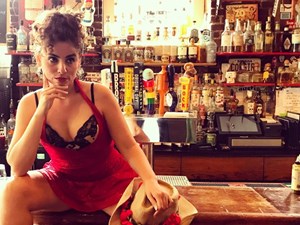 Fawnda and Paul venture downtown to try out Carmen (again)! Following their road trip to the Badlands last summer, this year’s Mercury Opera production was set in two historic haunts: Act one was set at everyone’s favourite greasy spoon, The Commodore, followed by Act two at Chez Pier...
Published at I Don't Get It
S5E34: Summer Spectators Cash In
Posted 7/27/2019 2:56 PM 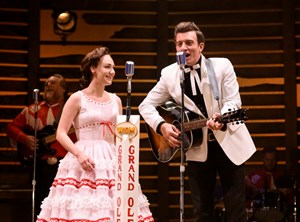 The Citadel Theatre’s summer experiment, Ring of Fire: The Music of Johnny Cash, is up and running, and Andrew joined in to notice that the titular song wasn’t even written by Cash—among other things. Also, Paul gives a full report of his time as a performer at the Toronto Fringe. Bri...
Published at I Don't Get It
S5E33: The Sinister, Surprising, Very Adorable Bad Seed
Posted 7/14/2019 10:36 AM 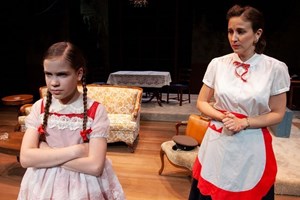 Fawnda and Colleen brave the Streetfest crowds outside the Varscona to catch Teatro la Quindicina’s remount of The Bad Seed, a 1950s psychological thriller/melodrama/creepy comedy. What a twist ending! (No spoilers either!) I Don’t Get It is a proud member of the Alberta Podcast N...
Published at I Don't Get It
S5E32: The Season in Review
Posted 6/30/2019 11:22 AM 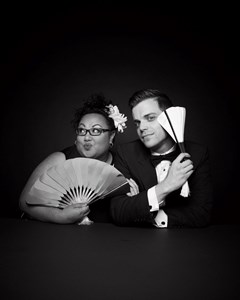 It’s the end of the theatre season—which means it’s time for Paul to join the Fringe circuit! On the way to the airport we re-cap favourite moments and winners from the Elizabeth Sterling Haynes Award show, and other happenings throughout the #YEG performance year. I Don’t Get It ...
Published at I Don't Get It
S5E31: Two Jerks. One Crab. Many Sheep.
Posted 6/22/2019 2:45 PM 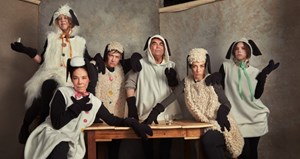 It’s an all-Italian Summer for the Freewill Shakespeare Festival this year. Fawnda takes guests Matthew Stepanic and Andrea Anderson on a jaunt to the (very damp) Hawrelak Park for the company’s re-imagined Two Gentlemen of Verona, and the endearing pastoral clime of The Winter’...
Published at I Don't Get It
View More
Visit this blog Subscribe to this blog 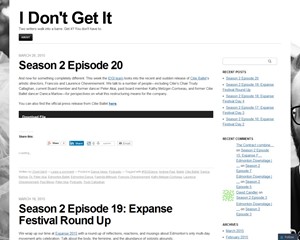