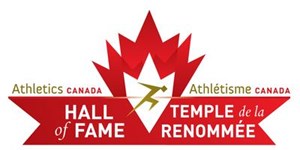 
Tickets are now on sale for Athletics Canada's 2016 Hall of Fame Gala and recognition of annual award winners at the Top of the Inn @ the Delta Edmonton South Hotel and Conference Center.

This will feature a special prelude to the upcoming Canadian Track & Field Championships and Rio Olympic & Paralympic Selection Trials which start July 7-10.

A no-host dessert reception will kick things off at 6pm, followed by the Annual Awards & Hall of Fame Induction Ceremonies at 7pm. After the ceremonies, post-event networking is encouraged.

Space is extremely limited, buy now to avoid disappointment! Tickets are $20 until June 30. $25 from July 1 to July 6.