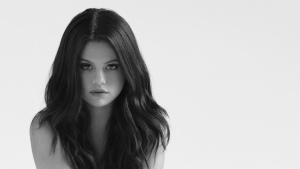 
Singer/actress Selena Gomez's musical career reached a new height in 2013 with her solo debut album, Stars Dance. The album sold nearly 100,000 copies during its first week out and it became her first No. 1 album before she quickly took to the road for a massive arena tour with up-and-coming pop stars Emblem3 in tow.

Stars Dance featured Gomez's biggest hit to date, "Come & Get It," which peaked at No. 6 on Billboard's Hot 100 chart, outpacing the 2011 hits with her band Selena Gomez & the Scene "Who Says" and "Love You Like a Love Song," which peaked at Nos. 21 and 22, respectively.

The seasoned road warrior, who only celebrated her 21st birthday in 2013, went solo after releasing three Gold-certified albums with the Scene between 2009 and 2011. Her musical ventures piggybacked with her careers as a fixture on The Disney Channel, and then in mainstream film.

Gomez, a native of Grand Prairie, Texas, began her path to stardom as a one of the kids on Barney & Friends. Her film debut took place in 2003, when she had a cameo in Spy Kids 3-D: Game Over. Gomez entered the Disney fold in 2006 by making guest appearances, including some with Miley Cyrus on Hannah Montana. She got her first starring TV role as the character Alex Russo on the Disney Channel series Wizards of Waverly Place.

As her acting career blossomed, Gomez embarked on a music career, signing with Disney's Hollywood Records imprint in 2008 and releasing her debut album with Selena Gomez & the Scene a year later. She released two more albums with The Scene over the next two years, both of which charted in the Top 5, before going solo.