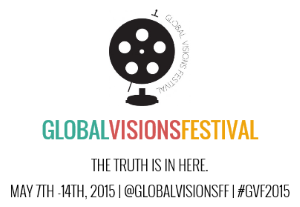 
Global Visions is Canada's longest running documentary film festival. In May 2015, join us for the newly expanded Global Visions Festival, where Western Canada's premiere doc-fest will present the hottest, most talked-about new documentaries from home and abroad.

In the past 2 years alone, GVF has proudly presented the Exclusive Edmonton Premieres of films such as Chasing Ice, How to Survive a Plague, The Act of Killing, Central Park Five, When I Walk, Jodorowsky's Dune, and Call Me Kuchu, just to name a few. We are Western Canada's leading destination for documentary, and we're just getting started!