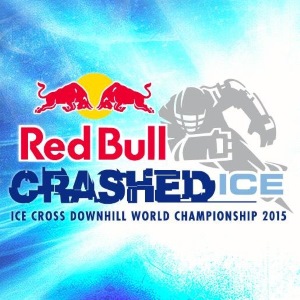 
True to form, the heart-pumping, thrilling Red Bull Crashed Ice season will come to a close on Canadian soil, but this time in Western Canada!

After hosting Red Bull Crashed Ice in Quebec City for nine straight years, the Ice Cross Downhill World Championship moves to the west to crown its 2015 champ. Edmonton will feature a one-of-a-kind track that will bring the sport to the next level. A hard-charging pack of ever-improving rivals will be attempting to knock Marco Dallago off his throne. The top ice cross downhill athletes from across Canada and around the globe will hurtle down the urban ice track built with massive drops, gaps, steps, and hairpin turns in front of thousands of roaring fans - all for the chance to win Red Bull Crashed Ice glory.

The longest track of the season will start in Edmonton's city centre and will make its way down by River Valley. The skaters will have to give it everything and showcase their skills, technique, agility, stability, explosion, and endurance to race successfully from top to bottom - facing a steep downhill section before crossing the finish line.