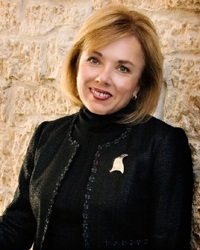 Linda Sloan has had a diverse professional career. In 1981 she graduated as a Registered Nurse from Foothills Hospital and received a post-RN degree from the University of Alberta in 2003. She spent the majority of her nursing career in emergency. She led the Staff Nurses Association, a provincial based nursing union, during the health restructuring in the 1990's. Her work has been recognized both provincially and nationally by the nursing profession.</p><p>Linda's political career began in 1997 when she was elected Member of the Legislative Assembly of Alberta, serving as Opposition critic for Social Services, Child Welfare and Disability Programs. She left provincial politics to return to university and in 2004 returned to political life when she was elected City Councillor for Ward 1 and was re-elected in October 2007. During her time as Councillor she has served in the seniors and environment portfolio. In November 2007 she was appointed, along with Councillor Dave Thiele, as a City of Edmonton representative on the provincial board of the Alberta Urban Municipalities Association.</p><p>You can see Councillor Sloan's <a href="http://www.edmonton.ca/city_government/city_organization/standing-committee-membership.aspx">membership on standing committees</a>, <a href="http://www.edmonton.ca/city_government/city_organization/council-member-appointments-to-boards.aspx#COUNCILLOR_LINDA_SLOAN">appointments to boards & committees</a>, and read more about <a href="http://www.edmonton.ca/city_government/city_organization/linda-sloan-professional-histo.aspx">her professional history</a>.</p>

0 out of 0 motions carried

0 out of 0 seconded motions carried