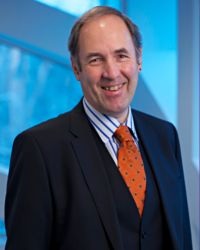 First elected to City Council in 2007, Ben has lived in Ward 8 since 1981.</p><p>Prior to being elected, Ben served as an organizer of the coalition to Keep Drainage Edmonton, as a board member of the Old Strathcona Foundation, and a member of the Sierra Club Smart Growth Civics Committee, as well as an executive member of his community league.</p><p>He also served as a VP of the Edmonton Federation of Community Leagues (EFCL), Chair of the EFCL Planning and Development Committee, a member of the City of Edmonton's Infrastructure Technical Advisory Committee, the Advisory Committee on the Tax Status of Non-Profit Organizations, and the Peer Review Panel for the Tax Status of Non-Profit Organizations, as well as the A Better Edmonton Committee.</p><p>He helped to create the Edmonton Arts Council as a member of its original steering committee. He has been an Edmonton Arts Council VP, Chair of the City's Policy Committee for the Community Investment Program, President of the Professional Arts Coalition of Edmonton, and served as a board member for the Edmonton Street Performers Festival.</p><p>Ben has also been a theatre professional for over 20 years. He was the founding Artistic Director of Nexus Theatre and the Artistic Director of Theatre Network, both in Edmonton. Ben has also built a career as a trained mediator and negotiator whose practice area focuses largely on resolving family and community conflicts. He is currently mediating largely with the Catholic Social Services Family Mediation Program. He was a member of the Alberta Arbitration and Mediation Society and the Mediation and Restorative Justice Centre. He is also a member in good standing of the Canadian Actors Equity Association.</p><p>You can see Councillor Henderson's <a href="http://www.edmonton.ca/city_government/city_organization/standing-committee-membership.aspx">membership on standing committees</a>, <a href="http://www.edmonton.ca/city_government/city_organization/council-member-appointments-to-boards.aspx#COUNCILLOR_BEN_HENDERSON">appointments to boards & committees</a>, and read more about <a href="http://www.edmonton.ca/city_government/city_organization/ward-8-ben-henderson.aspx">his professional history</a>.</p>

0 out of 0 motions carried

0 out of 0 seconded motions carried