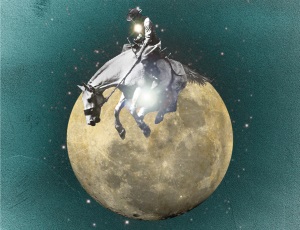 
The 2015 Interstellar Rodeo Edmonton lineup is here, and this year's bill is both imaginative and cohesive, bursting with extraordinary talent from top to bottom. Interstellar Rodeo always aims to shine the spotlight on musical mavericks, those who blaze trails and shatter boundaries, and the 2015 lineup is no exception when it comes to artistic exceptionality.

Many of this year's standouts are dynamic, progressive women who are fearlessly redefining the world song by song, with each transcendent performance. From Polaris Music Prize winner and otherwordly singer Tanya Tagaq to the jaw-dropping vocals of Rhiannon Giddens (founding member of the Carolina Chocolate Drops), the brassy, bossy and brazen Elle King and the compelling humanity of Oh Susanna, the 2015 lineup includes some of the most fearsome, ferocious and powerful female voices we know.

Southern blues, rock and soul traditions are always a common thread amongst Interstellar Rodeo performers, and the festival makes a slam dunk with Shakey Graves, Justin Townes Earle and Black Joe Lewis, each with a unique and forward-looking approach to songcraft. NQ Arbuckle and Lee Harvey Osmond also offer highly original and exemplary takes on the way Canadian artists are also pushing the boundaries of these roots rock traditions.

Bringing the old-school dance party fun this year is Lake Street Dive, one of the most entertaining breakout acts of the indie world, and local heroes The Wet Secrets, who will kick things off on Friday, July 24 with their unmistakable marching band style and intensely addictive party rock sound.

Interstellar Rodeo, only its fourth year, has fostered a tight-knit community of local business partners, proud volunteers and Alberta's strongest music champions, who have worked with festival producers Six Shooter Records to build an event that reflects the city's Can Do spirit.

Last year, the Interstellar Rodeo was tested by extreme weather � driving rain created unsafe conditions and forced the cancellation of opening day. In response, IR faced the challenge head on and completely on the fly, extending the festival by an extra day and even bringing in bonus bands. Instead of disaster, it became a celebration of the city's tenacity, capped by a Mayoral Proclamation of Corb Lund Day, an honour Corb shared with the audience as he headlined the special Monday night show.

Thank you again to our returning patrons, volunteers and sponsors, and welcome to those who choose Interstellar Rodeo for the first time. We'll see you at Hawrelak Park.