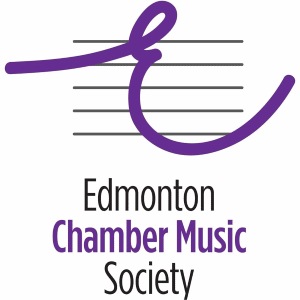 
Transcriptions, or new arrangements of original works, offer some unexpected discoveries in this program, which include adaptations by some of tonight's performers (Mozart for erhu and string quartet!).

The early 20th century composer Igor Stravinsky incorporated "fragments" from Pergolesi and other Italian Baroque composers into his Suite Italienne, itself adapted from his score for the ballet Pulcinella.

Piano transcriptions of well-known works by Bach, waltzes by Dvorak and the beloved Schubert Arpeggione Sonata round out the evening, culminating with pianist Matt Herskowitz's own arrangements and improvisations of Gershwin songs for violin and piano.

The absence of a summer chamber music festival in Edmonton was a question raised by Dr. Patricia Tao when she joined the ECMS executive in 2004.

A pianist and dedicated chamber musician, she had participated in many such festivals in Europe and North America and thought Edmonton, with its well-established chamber music audience and enthusiasm for summer festivals, would welcome a new entry onto the cultural scene. The ECMS supported her vision and in June 2008 presented the first annual Summer Solstice Festival.

Patricia Tao undertook the role of Music Director as well as performer. Organizer of the Hear's to Your Health concert series at the Walter Mackenzie Health Sciences Centre, she drew upon her experience as a music programmer to create thematically linked but stylistically varied programs.