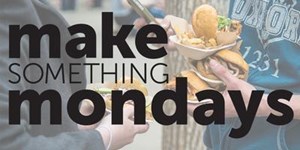 
There's an undeniable sense of momentum in Edmonton's food scene right now. Inventive new restaurants are opening up and finding great success. Culinary creators, whether they serve their food from trucks or on fine china, are gaining the confidence to take bigger risks. Join us on September 8 for a breakfast panel on why this is such an exciting time for Edmonton's food makers and food enthusiasts alike.

Driven by a passion for Alberta's terroir and the abundance of quality produce, Blair has made it a priority to cultivate relationships with farmers and farms. This relationship with food producers has led to RGE RD dinners, a series of outdoor farm dinners that have developed a cult following. The philosophy of local, healthful and ethical food is the backbone of his restaurant concept – an urban gathering place where the farm dictates the menu.

Daniel started out in the restaurant business in Puerto Vallarta about 20 years ago. He managed, tended bar and served at some of México's most renowned establishments. Love and marriage brought Dani to Edmonton and he's continued on in the Edmonton restaurant scene in the same capacity for the last decade.

Feeling this new home of his was seriously lacking in the Real Mexican Food department, he set out to change things for the better. Spending as much time as he has in the business, he was eventually united with the other two Carnales, Edgar Gutierrez and Chris Sills, who he found shared his passion for all flavours Mexican. Together they started Tres Carnales Taquería in 2008 and, based on its success, they have just opened a second restaurant – Rostizado

Kathryn Joel founded Get Cooking in 2011, and has been busy teaching her home-based cooking classes ever since. Get Cooking just moved to a new commercial location within the campus of Grant MacEwan University.

A graduate of Le Cordon Bleu London and of Leiths School of Food & Wine, Kathryn has lived in England, Scandinavia and the United Sates as well as in Ontario and now Alberta. And her love of cooking has inspired her continued travels around the globe experiencing and exploring its diverse culinary traditions. Kathryn's cooking classes draw on her passion for the culinary traditions of the world as well as her commitment to supporting local producers and suppliers with the use of fresh, local and artisanal ingredients.

Phil Wilson writes about his three biggest passions – eating, drinking and traveling – on his popular Baconhound blog. He regularly reviews Edmonton restaurants and food trucks, shares recipes from his home cooking adventures and interviews fellow food lovers. This year he embarked on a YEG Burger Odyssey to answer the question "Where is the best burger in Edmonton?" and recently shared a drool-inducing list of the top five.