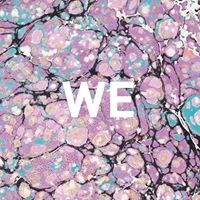 Opening Reception: We and Tarzan & Arab

In the ProjEx Room – Tarzan & Arab: This Land is Our Land, curated by Kelty Pelechytik

Conceived originally as a two-part community-based exhibition that would bring Glasgow artists to Haight Gallery in Calgary, and Calgary artists to The Old Hairdresser's in Glasgow, both halves of WE are united in Edmonton in between. This exhibition celebrates and documents the grassroots art scenes in both cities, including those spaces, in a snapshot of two close groups of artists that straddle D.I.Y. practices and the professional. The six Calgary artists share a tactile sensibility that lends itself to poetic romance, loss, and nostalgia, across media. In Glasgow, the artists explore medium and process in print, collage, and sculpture.

At Latitude 53, WE includes works by both groups of artists, presented together for the first time in anticipation of their conversation in Glasgow in 2014.

Tarzan & Arab, AKA twins Ahmed and Mohamed Abu Nasser, are painters and filmmakers from Gaza now living as refugees in Jordan. They make art about the impossibility of art in their home—which they are unable to return to—where the last cinema closed in 1987. Although they don't think of their work first as being political, their work is coloured by the world they live in: filmmakers who had never attended a cinema; artists who had never visited a gallery. This is Our Land presents their short films Colourful Journey and Condom Lead alongside a body of paintings.