An adventure in eating and cooking. Featuring Restaurants and food events in and around the Edmonton area as well as trusted home recipes. 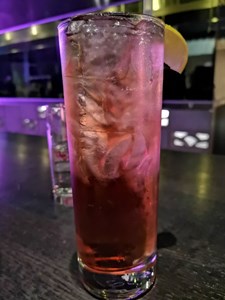 Location: 10328 Jasper Ave Website: https://osaka.dorinku.ca/ Dorinku Osaka, the sister restaurant to Dorinku Tokyo is situated right downtown, close to bustling 104th street. Just like the Tokyo location (review coming for that on a later date!) Osaka focuses on providing their spin on Osaka str...
Published at Katstronomy
Welcome back to Katstronomy
Posted 7/30/2021 5:52 AM
A few years ago, I begun Katstronomy out of my passion for food. Due to a number of reasons, I stepped away from photographing and writing about food – but I never stopped loving to eat. Now more than ever, it is important to continue to support and love our local options, and I am … ...
Published at Katstronomy
Review: Ninja Club BistroRemember Meguro Ramen? How I loved it...
Posted 2/25/2015 10:34 PM 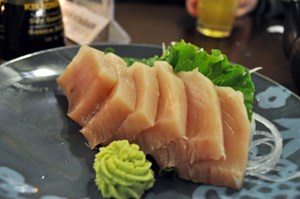 Tuna Sushimi Spicy Salmon Rolls Shoyu Ramen with Egg & Chicken TahnTahn Ramen with Egg Review: Ninja Club BistroRemember Meguro Ramen? How I loved it an now lament it missing from the City?  I recently found out about Ninja Club Bistro, nestled away on Whyte Ave which clearly proves once again...
Published at Katstronomy
✖
Posted 7/23/2014 3:16 PM
Splash Woman for sure!
Published at Katstronomy
Taste of Edmonton Post! Taste of Edmonton Website. Ah yes, my...
Posted 7/22/2014 5:57 PM 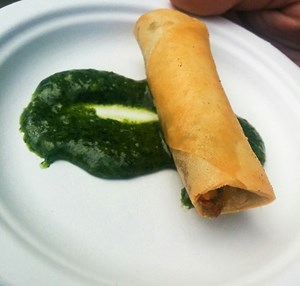 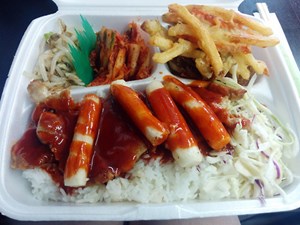 REVIEW: Mama Lee’s Kitchen I really live on the wrong side of the city for a lot of things. Apparently, Korean food is something I should add to that list.  With the exception of Kim Chi in Kingsway Mall, I can’t think of an awesome Korean place this side of the river. Thankfully, my boyfriend ...
Published at Katstronomy
REVIEW: Cafe Caribe I recently took to reddit’s Edmonton...
Posted 4/26/2014 5:36 PM 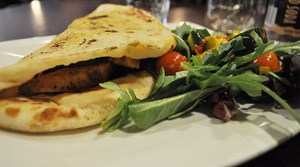 Chicken Roti with Salad & Mango Chow Jerk Chicken with salad and mango chow Jamaican Patties with Salad and Mango Chow REVIEW: Cafe Caribe I recently took to reddit’s Edmonton subreddit (Hi /r/Edmonton!) to grab some new ideas for reviews because let’s be honest…I’ve been slacking. A member t...
Published at Katstronomy
Eek! Life got a little hectic for a bit so I was unable to post...
Posted 4/23/2014 8:57 PM 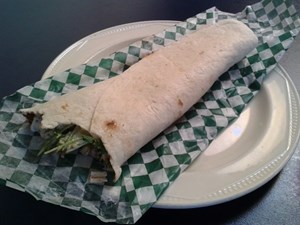 Eek! Life got a little hectic for a bit so I was unable to post this…but here is Contest Winner Ian’s brutally honest review! Congrats to Ian and thank you for participating! Delicado’s – it’s probably Spanish for something, but I’m far too lazy to Google it, and I’ll tell you why. This little M...
Published at Katstronomy
KATSTRONOMY SECOND ANNIVERSARY "DINNER'S ON ME" CONTEST!
Posted 2/28/2014 9:22 AM
Hello Katstronomy Readers! On April 1st, 2014, my humble little adventures in food blog will be celebrating its SECOND birthday. Since I sort of neglected it last year (oops!) I’m making it up for it by having an AWESOME contest!!! CONTEST DETAILS! Writing Katstronomy has been SO MUCH FUN -...
Published at Katstronomy
REVIEW:  Nestle Kit Kat - Western Japan Box. Kit Kat’s are...
Posted 12/18/2013 9:25 PM 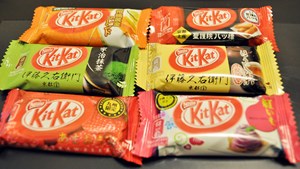 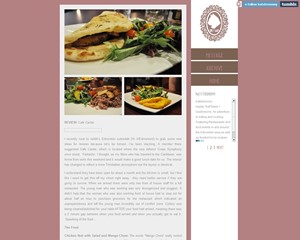